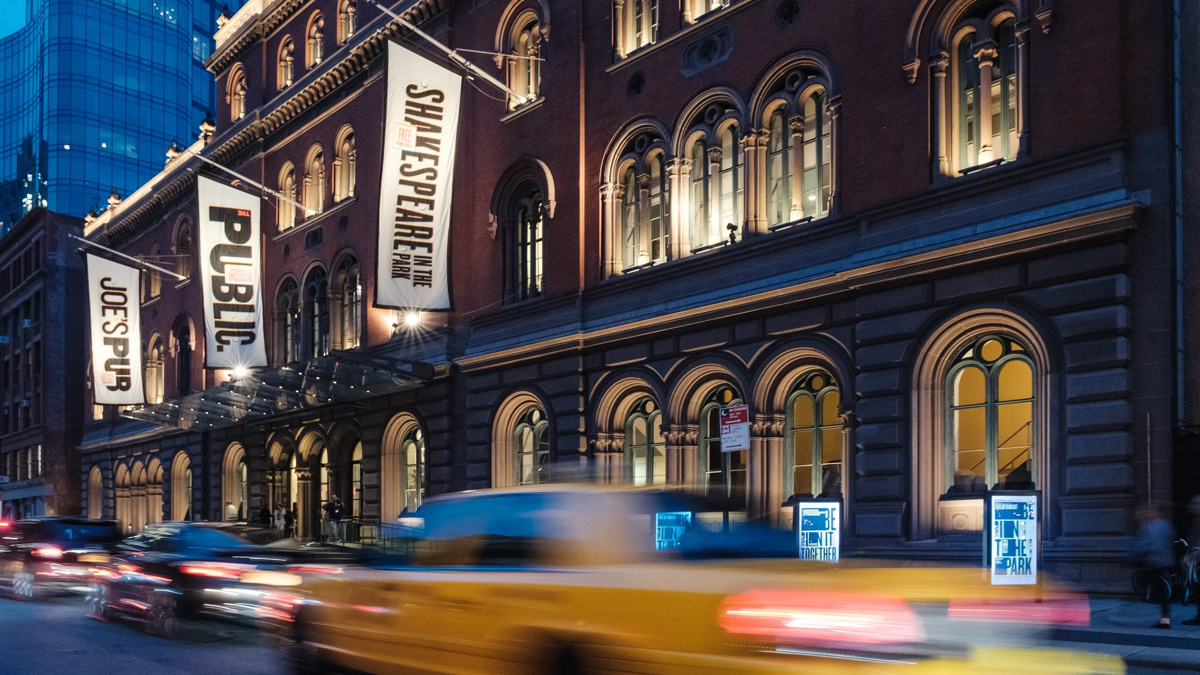 Public Theater Benefit We Are One Public Postponed: ‘This Is A Time for Mourning and Reflection’

The previously announced We Are One Public gala has been postponed. Stage and screen star Jesse Tyler Ferguson was set to host the evening of performances and stories in support of the Public Theater on June 1.

"In this time of national trauma, when the COVID crisis has so disproportionately impacted the Black community, when the injustices of our way of life have been made so clear, it just feels wrong for us to sail ahead with our event," read a statement from Artistic Director Oskar Eustis, Executive Director Patrick Willingham and Board Chair Arielle Tepper. "We deeply believe in our theater, and in the importance of the work we do, but this is not the moment to focus on the Public. This is a time for mourning and reflection."

"The murders of George Floyd, Ahmaud Arbery, Tony McDade and Breonna Taylor have demonstrated in horrific fashion the racism upon which our country was built," the statement continued. "We mourn the loss of these Black men and women and are grieved and outraged by their deaths. The Public was founded as a theater by, for and of the people, yet it has taken us far too long to proclaim the simple truth: Black Lives Matter."

As previously reported, the Drama Desk Awards also postponed their 65th annual ceremony on May 31.

Eustis and Kenny Leon, a Public Theater board member and the director of the We Are One Public virtual event, will release a brief video message on the off-Broadway theater organization's website at 8PM ET on June 1.