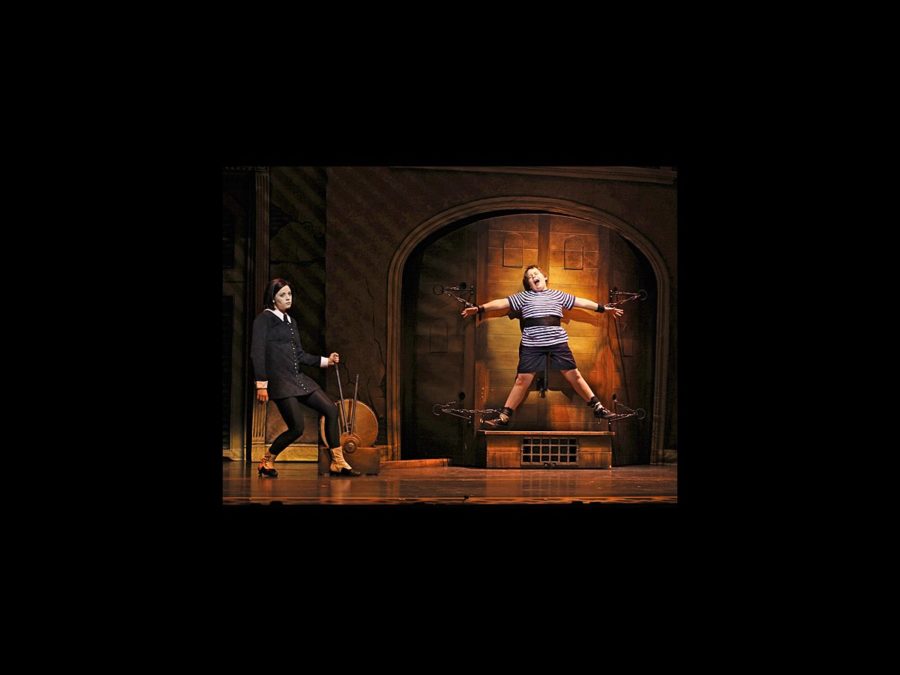 Patrick D. Kennedy on the ‘Fun’ of Torture and Cigar Smoke in The Addams Family


Behaving badly is a way of life for Patrick D. Kennedy—on stage, that is. As Pugsley, the mischevious youngest child in The Addams Family, Kennedy has been known to light up a stogie and slip questionable drinks to house guests. It’s all in a day’s work for the 12-year-old actor, who talked to Broadway.com about the thrill of being part of Addams, now running at Boston’s Shubert Theatre through February 19.

“Leaving who you are behind and becoming someone who is very different from you is so much fun,” Kennedy said, adding with a laugh, “Pugsley likes to make explosives, be tortured and smoke cigars. What isn’t fun about doing all that?”

While life doesn’t exactly imitate art for Kennedy, he does feel a sentimental bond with his character. “Pugsley and I both have older sisters; he has Wednesday, and I have three sisters. I can relate to Pugsley's dismay when his sister gets a boyfriend and she no longer has time to spend with him.”

Based on the bizarre and beloved characters created by Charles Addams, this macabre musical finds the Addams clan put to the test when the midwestern parents of Wednesday’s boyfriend come to dinner, hurling Gomez, Morticia and the rest of the household headlong into a night that will change the family forever.

“The message of the show is that love triumphs,” Kennedy said. “When two people love each other but their families don’t agree, it may take time. But love will win in the end.”