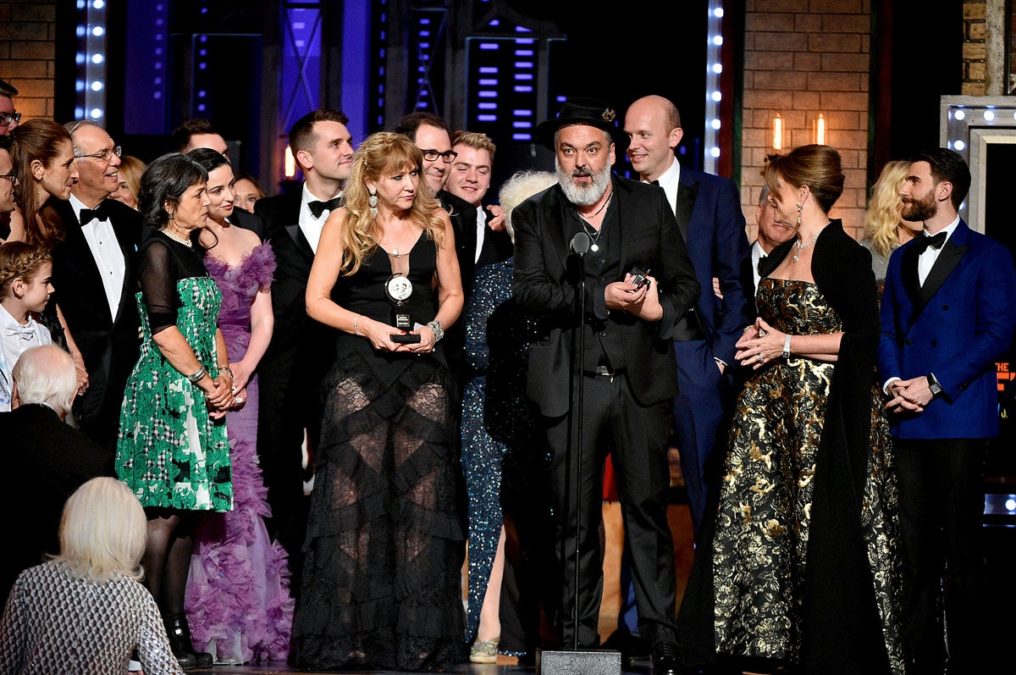 Raise a glass to the Carney family! The Ferryman, penned by Jez Butterworth, was named Best Play at the 73rd Annual Tony Awards at Radio City Music Hall on June 9. The production beat out fellow nominees Choir Boy by Tarell Alvin McCraney, Gary: A Sequel to Titus Andronicus by Taylor Mac, Ink by James Graham and What the Constitution Means to Me by Heidi Schreck. The Ferryman currently is playing at the Bernard B. Jacobs Theatre; as previously announced, the play will launch a national tour in 2020.

“Twenty-five years ago tonight, I moved to the countryside out of London with no money at all to write my first play Mojo with just a dream in my heart and 30 quid of my mum’s money in my pocket,” Butterworth said in his acceptance speech. “It was literally this evening 25 years ago. I’m 50 now, and this is my first one of these. I would like to dedicate this to the families of the disappeared and to everyone who lost loved ones in the Troubles. Laura Donnelly’s uncle was killed by the IRA—that was the birth of this story. Thank you.”

“It took over 50 actors of the last nine months to tell our story, some of whom are here, some of whom are back in London,some of whom are watching from the viewing room—you’re the unsung heroes of our industries,” added producer Sonia Friedman. “You allowed this to happen. This is a big play, an audacious play, Jez you wrote a monster. We’ve felt so welcome, thank you.”

The Ferryman is set in rural Northern Ireland in 1981. The Carney farmhouse is a hive of activity with preparations for the annual harvest. A day of hard work on the land and a traditional night of feasting and celebrations lie ahead. But this year they will be interrupted by an unexpected visitor.

This marks Butterworth’s first Tony win. He also penned The River and Jerusalem, the latter of which garnered him a 2011 Tony nomination.

Watch the cast and creative team discuss The Ferryman below.