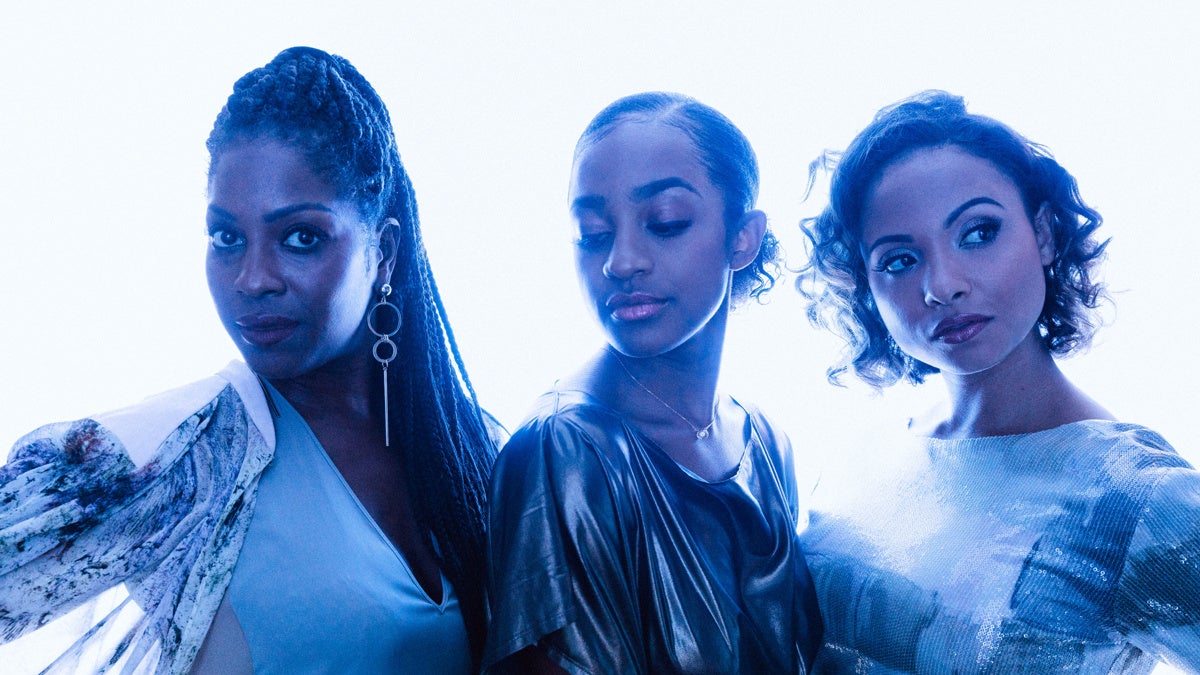 Lookin’ for some hot stuff! Three mega-talented stars have been selected to lead the upcoming national tour of Summer: The Donna Summer Musical. The production will be headlined by Dan’yelle Williamson as Diva Donna, Alex Hairston as Disco Donna and Olivia Elease Hardy as Duckling Donna, each representing the iconic music star at different points throughout her life. The production will kick off at the RBTL Auditorium in Rochester, NY, beginning September 29.

Williamson has been seen on Broadway in Memphis, Scandalous and Rocky, Hairston appeared in Broadway’s Beautiful: The Carole King Musical and the national tour of Motown The Musical, while the Summer tour will mark the first major professional credit for newcomer Hardy. The three women are tremendously excited to be bringing Donna Summer’s life story and musical legacy around the country, visiting over 20 cities in the first year. And to help celebrate, Broadway.com brought them together to meet for the first time and chat about why they’re honored to be playing the Queen of Disco.

Get to know Williamson, Hairston and Hardy by gazing at Emilio Madrid-Kuser’s exclusive portraits of the three stars and finding out what they admire most about Donna Summer, what songs of her are their favorites, why they think it’s important to share her story with theatergoers everywhere and what they hope audiences take away from their evening at Summer: The Donna Summer Musical. Below are highlights from that conversation.

What Donna Summer song do you love to belt at the top of your lungs? I’d love to belt “Hot Stuff” or “Bad Girls” at the top of my lungs. Unfortunately, I don’t think I get to sing either in the show. Lol.
What’s the most important thing to get “right” about portraying this music icon? I want to remain true to the essence of Donna Summer. I want to be able to tap into the most vulnerable parts of her as well as respecting her legacy. I think this show is the perfect mixture of narration and music working together to share this woman’s legacy. We get to see all sides of her, including the personal vulnerable parts of her. We get the big picture.
What three Donna Summer songs are essential? “Love to Love You Baby,” “She Works Hard for the Money” and “Hot Stuff.” I believe all three to be significant to her journey.
Why is it important to share her story across the country? She paved the way for female artists of color, and she changed the way music is created and expressed in the industry. I hope that audiences walk away from this musical with a better knowledge of how this woman changed the face of music and how she navigated the industry as a woman of color.
Donna Summer is the “Queen of Disco”—if a similar title were to follow your name, what would you be known as the Queen of? I’d be known as the Queen of Passion.

What do you admire most about Donna Summer? She was a true trailblazer. She was so ahead of her time in both her music and her strong will. I aspire to have her level of ferocity.
What does she and her music mean to you and your family?  Growing up, I heard her music but didn’t always necessarily know who she was. When my I called my mom and told her I booked the show, she screamed so loud through the phone I had to pull it away from my ear. And then I told her I would be playing “Disco Donna” and I think she almost fainted. It’s such an honor to portray a woman who is imprinted in peoples’ lives and memories.
What’s something you think audiences will be surprised to learn about her? She loved to paint. She was exposed to some incredible art during her time in Europe, and toward the middle of her life she started taking painting more seriously; seriously enough to sell her artwork and become an admired visual artist.
What do you enjoy most about becoming and performing as Donna Summer? Getting to live in her world of ferocity and fun. She’s a woman who makes very few apologies, and she lives so freely. How often do women get to take charge, fill up a room, be sassy, sexy, and emotional, and not have to apologize for it? We need more stories of strong women like Donna Summer, both in the entertainment industry and in the world.
Her canon of music means so much to so many, what is it about her songs that makes people so attached to them? Although her songs are fun, catchy dance tracks, many of them have stories and underlying meanings attached to them. I think that makes them relatable on a level deeper than just being a disco record. Take “Bad Girls,”—she wrote that after seeing the struggle of a woman working in prostitution in California just to survive. And “She Works Hard for the Money” came after she met a restroom attendant who was working two jobs and barely getting by. These are stories of real people, real women, and that makes the songs more special.

What Donna Summer song do you love to belt at the top of your lungs? “MacArthur Park.” It’s simultaneously fierce and silly, and it always bring me joy to screalt around the house.
Why is it important to share her story across the country? Because it’s so empowering. Not only to young women of color, but to anyone desperately trying to follow their dreams. She is the perfect example of what hard work and determination can do when you make the conscious decision keep going. She overcame countless obstacles dealing with race, gender and the like, and she still came out on top as the world’s best selling artist of all time.
What’s your favorite moment in Summer that you can’t wait for people to see? I’m excited for people to see all of the amazing dance numbers we have, especially during “I Feel Love” with all of the androgyny going on.
What do you hope audiences take away from their experience of seeing this show? I hope they get a better sense of who Donna Summer actually was and what she had to go through to become the Donna Summer we all know and love. I hope they walk away appreciating her legacy more and seeing what she has accomplished to pave the way for later artists like Madonna or even Beyoncé.
Donna Summer is the “Queen of Disco”—if a similar title were to follow your name, what would you be known as the Queen of? The Queen of Eyebrows.

Visit BroadwayAcrossAmerica.com to find out when the tour is headed to your city.