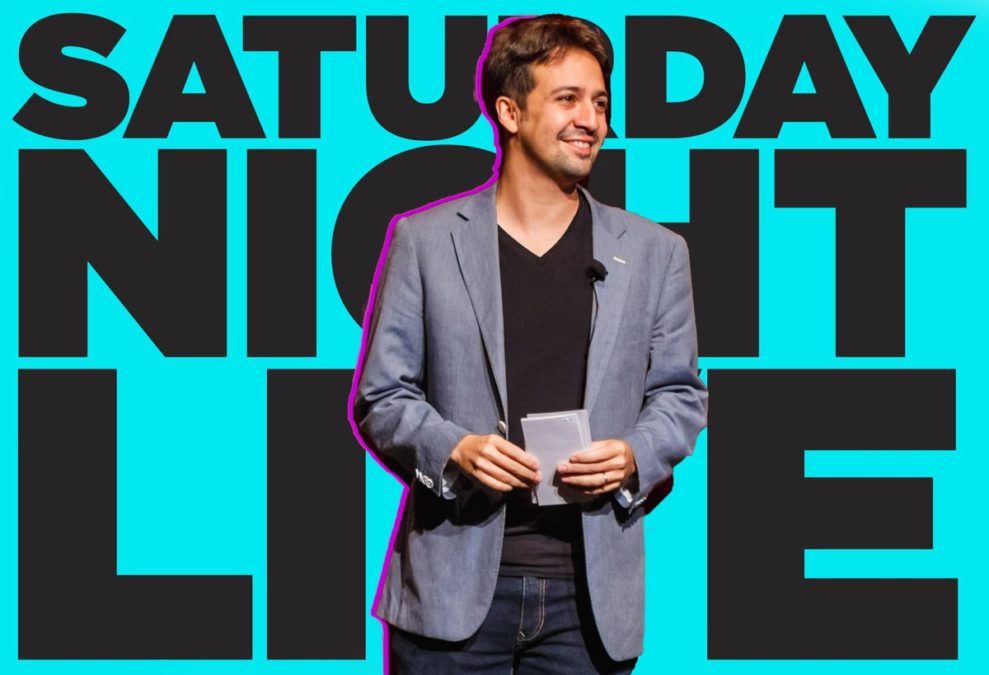 Live from New York, it’s the ten-dollar founding father! Hamilton mastermind Lin-Manuel Miranda will host Saturday Night Live on October 8, and we can't wait to see what he'll do. From battling it out with body double Cecily Strong to showing off his legendary claw machine skills, here are five things we’d be satisfied with seeing during his stint on NBC’s iconic show!

Who doesn't dream of delivering the opening SNL monologue? We’re hoping Miranda will drop the mic with one of his signature freestyles. (If he does, we also wish he'll drop the mic like some other Broadway faves!)

SNL is knee-deep in the 2016 presidential election, which means it's perfect timing for LMM to to pull a George Washington and moderate a "Cabinet Battle" between Trump and Clinton. (We can't resist hearing Baldwin sing "And if you don't know, now you know" in his Trump voice.)

3. Have a Rap Face-Off with Cecily Strong

SNL’s Cecily Strong recently spoofed Miranda, and her impersonation got a stamp of approval from the man himself. So what if he went up against himself (so to speak)? Would that be “twinning”? “Linning?” We’re not sure, but we really want to see that go down.

4. Rub His Butt on His BACA

Hosting a live show is stressful—what better way to relax than with a derrière massage from a Broadway.com Audience Choice Award? Miranda’s got seven to choose from, and we all know they feel good on your butt!

5. Bring Out That Claw Machine

Forget awards—Miranda’s bragging rights have always gone to his epic Dave & Buster’s claw machine-emptying skills. We want to see it live, and why not on the SNL stage? Don't throw away your shot, Lin! History has its eyes on SNL on October 8.