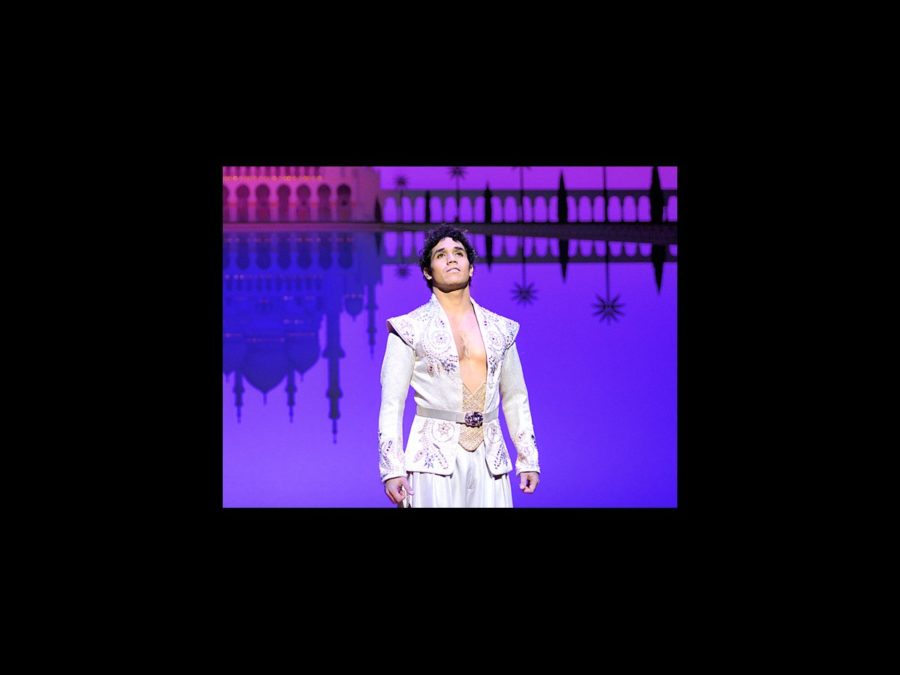 Adam Jacobs will ride his magic carpet across the country. The star of Broadway’s Aladdin is set to reprise his role as the titular street urchin-turned-prince in the Disney musical’s national tour. Performances will kick off on April 11 at Chicago’s Cadillac Palace Theatre. Additional casting for the tour will be announced at a later date.

Prior to taking on the title role in Aladdin, Jacobs appeared on Broadway in Les Miserables and The Lion King. His additional credits include Mamma Mia! on tour and Once on this Island at New Jersey’s Paper Mill Playhouse.

Adapted from the 1992 Disney animated film, Aladdin is the story of a street urchin who uses the help of a magic Genie to win the heart of Princess Jasmine. Directed and choreographed by Casey Nicholaw, the production features a book by Chad Beguelin, music by Alan Menken and lyrics by Tim Rice, Beguelin and the late Howard Ashman.

Aladdin is currently running on Broadway at the New Amsterdam Theatre. The production officially opened on March 20, 2014, starring Jacobs as Aladdin, Courtney Reed as Jasmine, Tony winner James Monroe Iglehart as the Genie and Jonathan Freeman as Jafar.